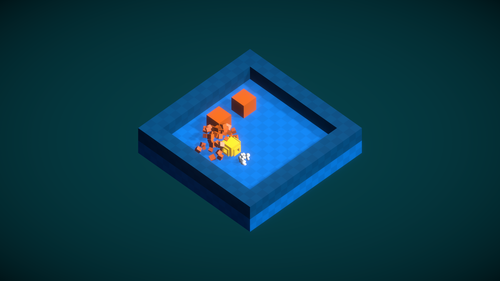 Thank you for taking some time to help play and test IGEO DX in its Open Alpha phase! Your participation in finding and submitting bugs is crucial to the game leaving this stage and becoming a polished final product.

Before we begin, it is essential to mention the following points:

How do I submit bugs?

In an effort to make this process as simple and accessible as possible we're providing players with multiple options for submitting bugs:

Which ever you are most comfortable with! We prefer the Google Form as it is the most archival method of collecting bug reports - but there is a lot to be said about using Discord as we can communicate more directly with you, if needed. All things considered, any bug submitted in any fashion will get attention from us - so don't hesitate to submit!

You already know how to play games - so just do that! However, during your time spent with IGEO DX try and look out for the following things:

If you run into any of these or other strange behavior - submit!

When in doubt - just submit. Bugs manifest themselves in crazy ways and can't often be reproduced easily or in every scenario.

That is pretty much it! Thanks for being apart of this process. Anyone who submits bugs will have their names/aliases mentioned in the credits as you are literally helping to build this game.

Challenging Sokoban-like with an abstract design